It’s been about one year since Title III of the JOBS Act went into effect.  This is the law that makes it possible for any business to raise investment capital from the general public in all 50 states with a relatively low level of effort and cost.

Last fall, my colleagues and I at LIFT Economy used this new law to raise over $400,000 in just two months for the Force for Good Fund.  This experience has made me a fan, although there is certainly room for improvement.

A recent article by Amy Cortese on Locavesting cited some interesting statistics about companies that are raising funds using this new tool:

Women and minority-led ventures were more successful at meeting their crowdfunding goals than their white male peers. In particular, the success rate for women was 87.5%, compared to 41% for male teams. Minority-only founders, meanwhile, had a 46% success rate.

This is amazing when you compare the success rates for women and minorities seeking venture capital.

When the JOBS Act was passed, the amount you could raise under Title III was capped at $1 million.  But the SEC was directed to increase this amount as well as other caps in the law to keep up with inflation.  So now you can raise more than $1 million per year and the per investor caps are higher.

For investors whose annual income and net worth are equal to or greater than $107,000, the cap is 10% of the lesser of the investor’s annual income or net worth

For offerings up to $107,000, financial statements prepared in accordance with Generally Accepted Accounting Principles

For offerings above $107,000, financial statements reviewed by a public accountant that is independent of the issuer.

For more details on the rules for raising money under Title III, click here.

If you’d like to figure out your best next step for finding the right investors for you, click here. 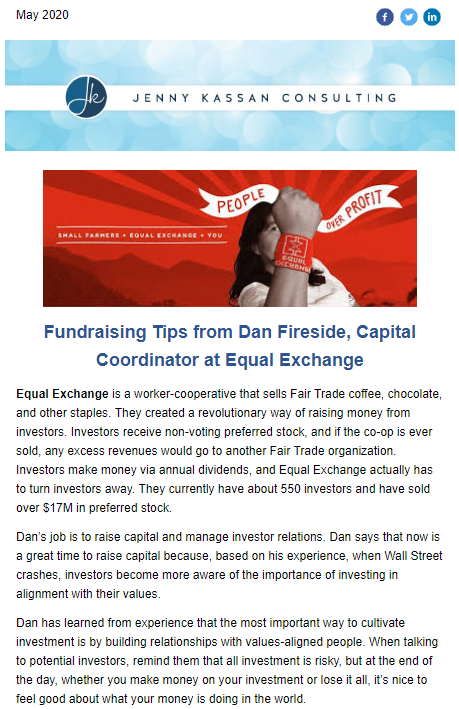