Is the VC model perpetuating the racial wealth gap? 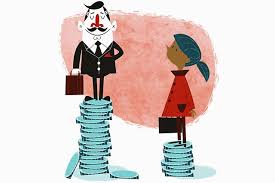 You may have heard the shocking statistics about venture capital investments in businesses founded by Blacks and Latinos.  “Less than 1% [of venture-backed companies] have a black founder; same for Latinx. A mere 0.2 percent of venture deals go to black female founders; in fact, only 26 black female founders have raised over $1 million in outside capital…ever. The average amount of venture capital to black female founders is only $36,000 compared to the overall average of $1.3 million invested.” (Herrling, S., “Women-Led Startups Aren’t Getting Funded, and There’s a Very Simple Reason Why” Inc. Magazine, June 2018)

Undercapitalization of businesses owned by people of color exacerbates the racial wealth gap.  While a small group of venture capitalists and venture-backed founders—a huge percentage of whom are white, male, and privileged—become increasingly wealthy, the vast majority of small business owners struggle to keep their doors open and deplete their personal savings (if any) in the process.  Some will make it, but many will fail due to the lack of sufficient capital.

The median net worth of Black and Latino families stands at just $11,000 and $14,000, respectively—a fraction of the $134,000 owned by the median White family.  Even more disturbing is that when consumer durable goods such as automobiles, electronics and furniture are subtracted, median wealth for Black and Latino families drops to $1,700 and $2,000, respectively, compared to $116,800 for White households. (Asante-Muhammad, Collins, Hoxie, & Nieves, “The Road to Zero Wealth” Prosperity Now, September 2017)

What is the best way to solve this problem?  Many suggest that we just need to diversify the venture capital industry.  Add people of color, stir, and somehow inequality will start to disappear.

But what if the venture capital model itself is all about perpetuating inequality, regardless of the race of the participants in it?  The venture capital model provides investment opportunities only to the very wealthy.  Once a company receives venture investment, it is expected to grow as fast as possible so that it can have an “exit” (i.e. get bought by a larger company).  The vast majority of venture-backed companies don’t make it to an exit and they go out of business, often leaving employees and suppliers in the lurch.  (Estrada, L, “Munchery:  How a venture-backed startup swindled a group of women and minority owned companies out of over $50,000 and is getting away with it” Medium, January 2019)

If there is a “successful” exit, it makes the wealthy investors even wealthier, and the benefits don’t trickle down to the lower paid employees, much less to the customers or communities that supported the business in its early days.

Rather than try to diversify a system that by its very design concentrates wealth in fewer and fewer hands, why not focus our energy on alternatives that have the potential to bring greater wealth to the many and not just the few?

Let’s focus on strategies that make it possible for EVERYONE to invest in the businesses they believe in and care about.  And let’s design those investments so that investors can get paid without there having to be a unicorn-style exit.

If you would like to join the movement to democratize small business investing, please join us at www.AngelsofMainStreet.com.  If you’re an entrepreneur who would like to raise capital outside of the venture capital model, please sign up for a strategy session to learn about how this type of funding could fit your business.

Get the latest on raising capital for your business, investing in businesses, understanding how SEC updates may affect you, and more.