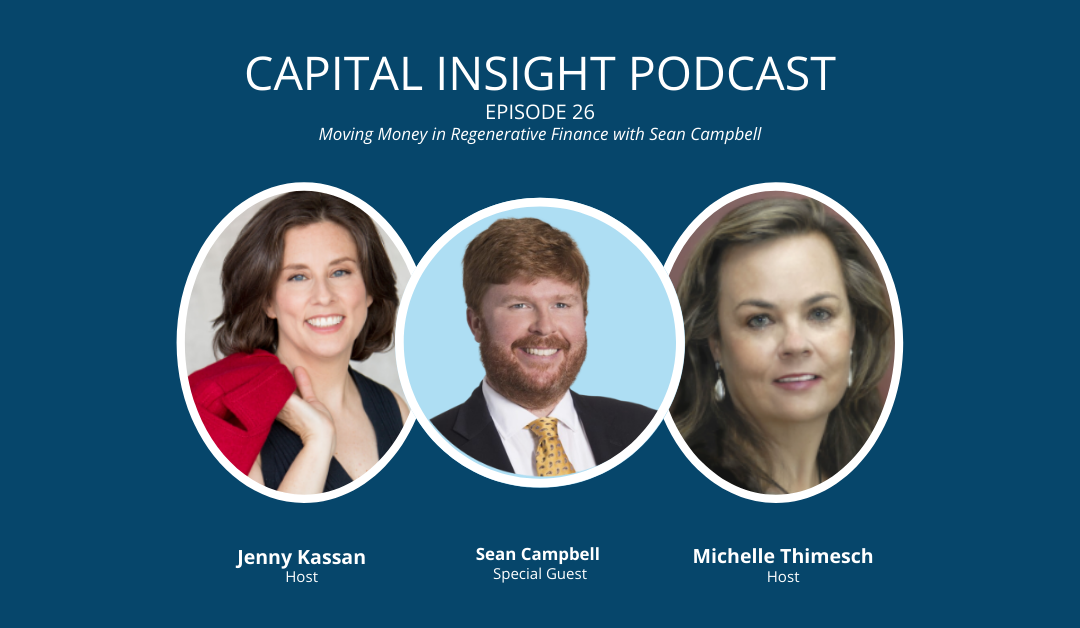 In this episode, Capital Insight co-host and securities attorney Jenny Kassan talks with Sean Campbell about his journey from Wall Street investor to regenerative finance expert.

Sean Campbell is the founder of Capital for Communities, an advisory and consulting firm that works to broaden access to capital and create a just, equitable financial system that supports thriving communities and works for everyone. His engagements include advice on fund and financial product structuring, strategic advice on the financial markets, and advice on and management of individual project financings; his clients include social enterprises, government agencies, financial institutions, and non-profit organizations. He is a Technical Advisor to Common Future, a network of leaders (re) building an economy that includes everyone; he is also the facilitator of the Real Estate Circle of the Inclusive Capital Collective.

Prior to founding Capital for Communities, Sean worked for 15 years in investment management, most recently as a managing director in the principal investing group at Macquarie. Sean has made and managed hundreds of millions of dollars of equity and credit investments, and has invested in debt and equity in the public and private markets. He holds degrees from the University of Chicago and Oxford University, where he was a Rhodes Scholar.