The Evolution of Investment Crowdfunding, and Where We Go from Here 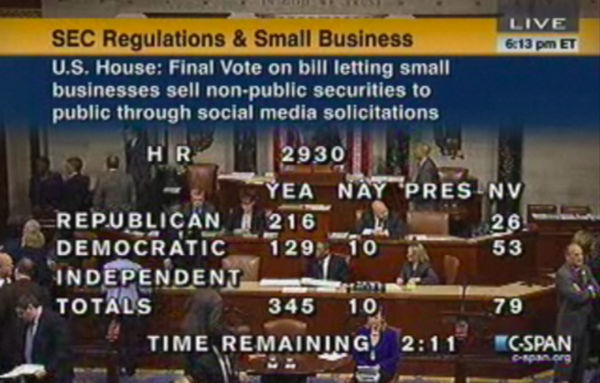 In 2009, I got together with Janelle Orsi to cofound a new nonprofit called Sustainable Economies Law Center (SELC).  The mission of SELC was to bring legal knowledge and support to those who are working to make our economy regenerative, healthy, just, and sustainable.

One of the very first things we tackled was securities law.  Having worked with many small businesses that lacked access to capital, we knew that a change to the law that would make it easier for small businesses to raise funding from their communities, customers, and fans could have a major positive impact for our small disadvantaged businesses.

We wrote a petition to the Securities and Exchange Commission in 2010 which got the attention of small business advocates, members of Congress, and eventually, the White House.  Amazingly enough, a new law was passed by Congress and signed into law by President Obama in 2012 that legalized investment crowdfunding at the national level.

It took four years for the Securities and Exchange Commission to adopt rules so that this new law could actually be used.

We were hopeful that this was the silver bullet we had been waiting for to finally move significant funding into the hands of Main Street businesses and social ventures, especially those owned and run by entrepreneurs who have been almost completely locked out of mainstream finance (e.g. women, people of color, etc.).

The results so far have been mixed.  There is still a lot more that needs to be done for federal investment crowdfunding to fulfill its promise as an equalizer of opportunity.

Check out my talk on this topic at SuperCrowd22.