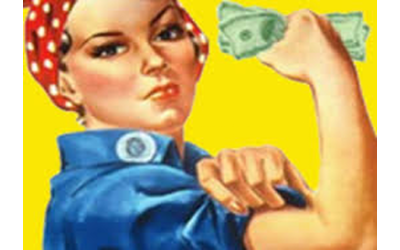 By: Jenny Kassan and Amrita Sankar

The capital raising landscape can be extremely challenging for female entrepreneurs to navigate. We have both seen this challenge time and time again through our professional experience: Jenny has spent over two decades as an advisor to start-ups attempting to raise capital, and was curious why, when focusing on female entrepreneurs, there seemed to be a fundraising gap. Amrita has worked for the past several years in the impact investing industry as an Investments Associate; and while impressed with the new products and services targeting gender lens investing, she has still felt frustrated by the challenges female entrepreneurs face accessing capital.

We attempted to find empirical research about why female entrepreneurs are less successful raising capital, but unfortunately, we found that there are few studies that focus on this subject. While numerous studies have indicated the positive benefits of investing in women, or promoting women to positions of leadership, none of the studies we found address the nuanced question of why women entrepreneurs generally raise less capital and at a slower rate than their male counterparts. The literature that addresses this issue at all focuses on raising funds through venture capital[1], but this source represents just a tiny percentage (estimated at one-tenth of one percent) of the full array of fundraising options that are available.

Amrita talked to experts in the field of women entrepreneurs raising capital, such as Alicia Robb of Next Wave Ventures and Nancy Hayes of Golden Seed Investors, and they agreed that there is a lack of research on this topic, especially outside of the venture capital realm.

We set out to begin to gather data from women entrepreneurs about the challenges they face when raising capital. We interviewed women that had worked with Jenny to raise capital. Admittedly this group may not be representative of women entrepreneurs in general since they have been steeped in Jenny’s approach to raising capital. However, they do represent a diverse group in terms of geographical location, industry, age, and stage of business.

Based on our experience and interviews (unfortunately not a large enough sample to draw any definitive conclusions, but suggestive for further research), women entrepreneurs appear more likely than men to hold beliefs about themselves and their businesses that make it more challenging to raise capital. Examples of the kinds of things we hear from women are

Other things that come up are fears around rejection. Women seem to take rejection more personally and therefore feel more hurt when they get a no from a potential investor, causing them to be more hesitant to ask in the first place.

Women also tend to downplay their accomplishments and dwell on the things that can still be improved, so it can be hard for them to imagine why anyone would invest in their business.

Many women are used to doing things for themselves and are not accustomed to asking for support. They may feel that asking for investment is a sign of failure or weakness because it shows that they are unable to grow their business without any outside support.

Finally, and maybe most pernicious, many women have fears around growing their businesses. Women assume that growing their business will mean more stress, pressure, and hard work and they simply don’t want to make the sacrifices that would require. And a voice inside may say, “Who am I to do this?”

Here are some of the things the women we interviewed said:

Knowledge of the Options

Not all of the beliefs that hold women back from raising money are “limiting” or negative.  Sometimes, women are so committed to the values and mission of their business that they are unwilling to give up control to investors that will push them to grow their business at any cost. Unfortunately, many entrepreneurs are not aware that there are many ways to raise capital and that it is possible to choose a strategy that is in greater alignment with the woman’s goals and values.

Finally, there is a great deal of evidence that bias (both conscious and unconscious) continues to be rampant in the world of entrepreneurship. While this can manifest in multiple ways (anything from potential investors making inappropriate sexist comments to women entrepreneurs to investors assuming that women won’t be as committed to their businesses because of child rearing obligations), the most pervasive problem is investors’ unconscious belief about what an investable entrepreneur looks like. I don’t know any investor (including myself (Jenny)) who hasn’t been affected by this unconscious bias. I’ll admit that a tall, gray-haired, white man who confidently introduces himself as a serial entrepreneur may “feel” more investable to me than a woman who reveals that she has had both successes and failures and doesn’t come off quite as self-assured. What I have learned over the years is that these impressions are often very bad predictors of who actually will be the best steward of investors’ money.

Here are some of the things the women we interviewed said about biases they’ve encountered:

Further research is needed regarding female entrepreneurs raising capital.  As long as women keep their businesses small and struggling, our economy is being deprived of an amazing source of innovation and wealth creation.

The National Women’s Business Council noted there is a strong need to promote a broader range of alternatives for capital access, as female entrepreneurs experience a pronounced disparity in attempting to raise angel and venture capital.[2]  And, as noted above, this approach may be wrong for the vast majority of women entrepreneurs (and entrepreneurs in general).

We call on the academic and research communities to devote some serious resources to the study of what stands in the way of women raising the money they need to grow their businesses to the ideal size and thereby make the contributions they are capable of making to our economy and future.

What to do if you need to raise money now!

Just knowing that you’re not alone – that many of the limiting beliefs that go through your head are so common can help you recognize that they are just thoughts and you don’t have to believe what they say!

Another important step is to get informed about all of the different potential sources of capital so you can find one that fits your unique goals and values.

Finally, don’t try to do it alone! Join a supportive community of like-minded women entrepreneurs and go through the process together.

To apply to talk to Jenny about your capital raising strategy, click here.